Safety has always been a number one issues on the Internet providers. No matter we are talking about desktop computers or new smartphones, the importance of data protection is in the first place. As a commonly used app, Viber announced its plan to involve encryption of the messages and calls on the server.

The encryption represents a useful service in terms of protecting users from illegal activities, so Viber perfectly recognizes the need for it. This step came after the major Viber rival, WhatsApp did the same and had a significant increase of users.

The CEO of Viber, Michael Shmilov, noticed that encryption will give customers more opportunities to save their information from the third side. In that terms, the options such as hiding or deleting messages and conversations are now available, and possible danger about entering personal data is far away.

Of course, Viber wanted to stay competitive with WhatsApp and their number of billion users worldwide in regards to security. Officials announced that each user will have specific cryptography key connected with the gadget in order to be sure about his protection. In addition, selection of the contacts plays a significant role, as the customers would be able to verify them by turning the color in green.

On the contrary, the screen might present the red color which represents some issues with the authentication key. However, it does not necessarily mean that user is suspicious one but the possibility of some regulation breaching is possible. To ensure personal security just check if he might change the phone or follow instructions provided by your device.

At last, Viber made a significant progress in terms of chat protection and now the customers have the opportunity to hide contacts from the menu. In that way, no one could see them except the main user. With these changes, Viber has developed its tools and approached to the a group of the most confident messaging providers. On the regular basis, developer upgrades available versions of the messaging system and make itself more trusted on the global market. Regarding that, the probability to keep its place and continue further progress seems to be inevitable. 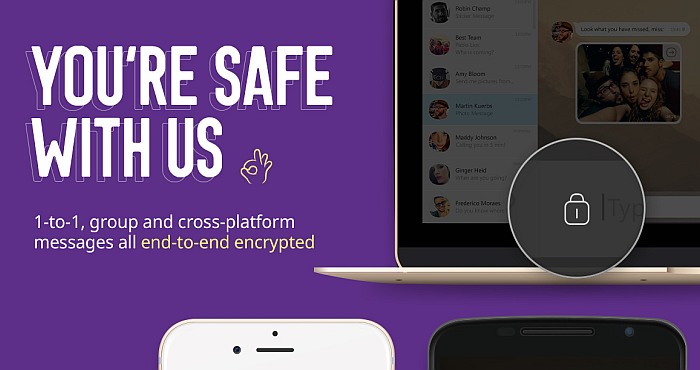