Top 10 Messaging Apps in the World

Top 10 Messaging Apps in the World

Let’s go to talk about the Top Messaging Apps in the World: the most played Apps. In top #1 position we can see Whatsapp app with 450 million monthly users was founded in 2009 and it’s based in Mountain View, California. In top #2 position, Line Messenger, played by 350 million registered users and founded by Naver in 2010. Line Messenger company is based in Japan. in top #3 position, Wechat, the chinese messagin app based in Shenzhen, with 272 million monthly users around the world and founded in 2010. 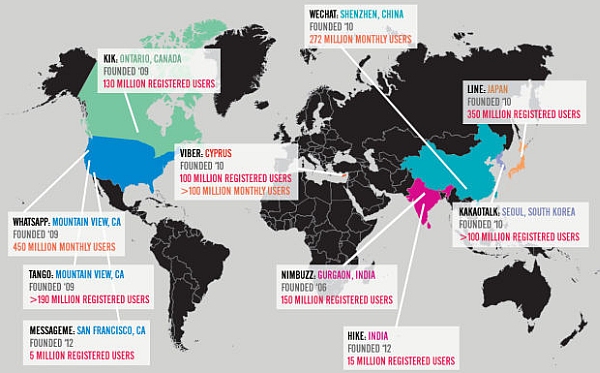