Most Popular Messaging Apps in USA

Most Popular Messaging Apps in USA

The time when the youth in their primes used to text each other with the help of SMS seems to have successfully grabbed a place in the history books of technology. With the advent of cheaper data rates and increased processing power for the mobile devices shines the dawn of the era of messaging apps. Following are the most famous messaging apps used in USA.

An application which was the brain child of two former yahoo employees, Jan Koum who is the CEO and his colleague  Brian Acton has slowly take the world to a new dawn of messaging habits. The Californian company employees 55 of the most innovative people. The company in its brief period of operations which had started in the year 2009 caught the eye of many major companies.  This newly achieved success was a reason that led Facebook to acquire the company for a whooping price of 19 billion USD.

The increased use of messaging apps that lead to a drop in the graph the showed the in the use of web based chatting systems made facebook realize that they were in a race with the new found messaging apps.

As soon as they realized it, they released the first version of the mobile messaging app which was  tightly integrated with the web based facebook chat. Facebook Messenger was released as an  iOS app in August  2011 and was followed by an Android app release in October the same year.

An application that started a revolution in the desktops by introducing superb video calling did not waste time to understand the potential of the mobile market.Very few people know that before it was acquired by Microsoft for 8.5 billion USD it was a property of ebay. Ebay had acquired Skype for just 2.6billion USD.  Skype allows free calls between its users. If you are trying to call to landlines of mobiles of other people you need to buy Skype credits for it.

An application that boosts itself to be the first one to have a browser integrated with the messaging app. Do you remember the need when you are chatting with someone and suddenly you have to make a search for which you have to actually switch to another app to do it. If you have been facing these frequent problems then it’s time to change your preferred messaging app. This application brags about having more that 150 million people who are registered users.  It is available in all the three major  mobile platforms-Windows phone, android and  iOS platforms. 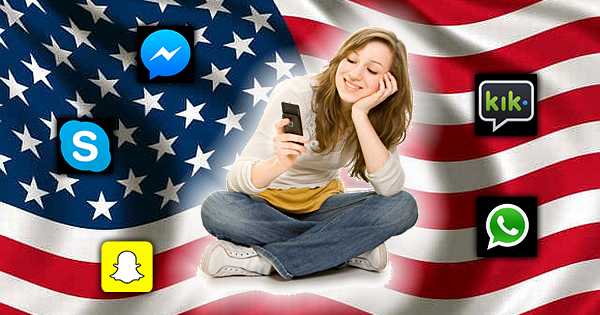