Viber Messenger App is Now on the Chrome OS

Viber Messenger App is Now on the Chrome OS

Recent news revealed that Viber messenger app for mobile messaging and calling application has now come to the Chrome OS operating system. This makes video, text and video chats available to Chromebox and Chromebook users. Calls to landline numbers attract a fee, but video and voice calls between Viber users are absolutely free.

This is why Viber messaging app is on almost all the platforms and it is available on Linux, BlackBerry, Windows, Apple’s OS X, iOS and Android. It is important to note that its competitor have voice calling, which is not available on the chrome application. Therefore, probably Viber messenger app could score a point above the competitor on that.

A new public chats service where users could follow and interact with celebrities and personalities such as Priyanka Chopra, Sachin Tendulkar and Narendra Modi was introduced by Viber in November last year. These public chats that are basically group chats that can be viewed by anyone on the service and permit only a limited number of users to post videos, stickers, pictures and messages. 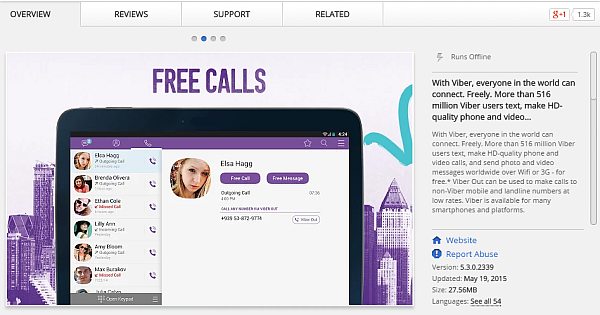